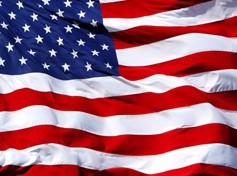 Now, the Medved History Store is offering the remaining forty history programs in one collection. From topics ranging from the first presidency to the latest, the media, terrorism, faith, and even myths and truths about religion and the United States itself, Michael Medved covers it all and illustrates how it all came together to form the greatest nation on God's green earth.

This collection contains all of Michael Medved's history programs except the ones found in the complete American Revolution series. Shows included in this collection are:

Faith Based Schools in America

Faith in the White House: Essential or Inappropriate?

The First Thanksgiving: Pilgrims, Puritans, and the Founding of America

Four Lies About the War on Terrorism

The History of Third Parties in America

Hollywood's Delusions About Itself

Is America a Christian Nation?

Myths and Truths About the US Constitution

Myths, Lies, and Truths About the Jewish Religion

Myths, Mistakes, and Lies About WWII

The Odds Against Obama

Prayer and the Four Pillars of Patriotism

The Secret History of the Christmas Holiday

The Shadow Presidents: The Secret History for the Chief Executives and Their Top Aides

The Ten Big Lies About America

The Truth About JFK

The War for the Union

What Was So Great About President Reagan?

Why the Media and Academia Tilt Left

Why the Media Lean Left

World War I: "The Great War" OR America's Greatest Mistake?

The Worst Presidents Ever

The (SHOCKING) Truth About Taxes

The Case for Divine Providence in U.S. History

The Miracle of the Constitution