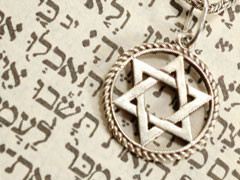 Myths, Lies and Truth About the Jewish Religion - (Audio CD)

For many people, much of what they think they know about Jews and Judaism simply isnåä't true. For instance, itåä's commonly believed that: * Kosher food gets its approved status because itåä's been blessed by a rabbi * Because of the "Chosen People" concept, Jews assume they are entitled to special privileges * Jews donåä't believe in an afterlife * The restrictions on using cars, telephones, televisions and other conveniences on the Sabbath reflects traditional Jewish rejection of the modern world * Jews consider women to be inferior beings and second class members of the community * The Talmud is a secret, mystical book that replaces the Bible for Orthodox Jews NONE OF THESE ASSUMPTIONS ARE TRUE! and yet they persist to color the attitudes of Christians, secularists, and even many American Jews. In this new program, Michael Medved sweeps away much of the confusion concerning Jewish practices and theology. In a highly personal and provocative approach, Medved attempts to correct some of the most prominent mistakes that regularly turn up in conversations about the Jewish faith. This broadcast isnåä't so much an "introduction to Judaism," (nobody could attempt that in just a few hours of conversation) as a beginning of a re-orientation to the often surprising truth about Jewish tradition and teaching.
Total Run Time:  1hr, 52min
Available on two CDs or audio download