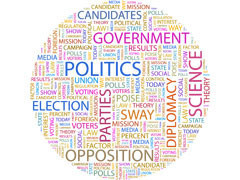 University campuses, Hollywood studios, and the leading TV networks have all but abandoned any pretense of balance or objectivity: among professors as well as producers, conservatives count as an endangered species while liberals and leftists remain vastly over-represented. In this challenging and controversial lecture, Michael Medved asks why -- and shoots down the notion of some organized, deliberate conspiracy. Instead, academics and actors follow their self-interest -- showing a preference for precisely those policies that help to make them more powerful. Leftists in media and academia may claim idealistic selflessness, but they consistently embrace opinions that serve to enhance their own prestige and influence. In this talk (and a feisty question period), Michael casts a fresh light on the old question of bias in the entertainment industry and our most prominent college campuses --- and makes some practical suggestions for challenging the liberal monopoly. Recorded live at the Tacoma campus of the University of Washington.
Total Run Time: 1hr, 13min
Available on CD or audio download