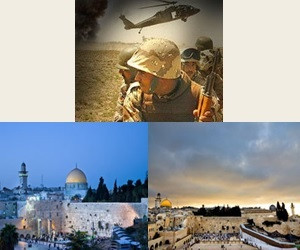 The Middle East always seems to be in turmoil. Today is no exception. In this compilation, Michael Medved gives an essential historical perspective that you'll never find in mainstream media.

Jews, Arabs, and Christians have inhabited the land we call Israel for centuries. But, bloody conflict between these neighbors erupted after events following World War I, and establishment of various Middle East states including the State of Israel.

This collection takes you deep inside the historical conflict between Israel & the Palestinians. It will show you the flimsy basis for many of the assumptions that often turn up in discussions of this seemingly intractable conflict.