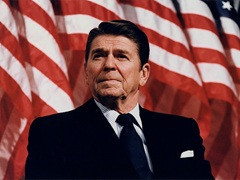 What Was So Great About President Reagan? - (MP3 Download)