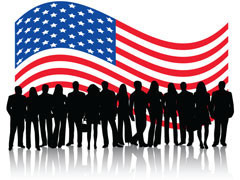 The Shadow Presidents: The Secret History of the Chief Executives and Their Top Aides - (MP3 Download)

Michael Medved exposed for the first time the secret history of the White House, providing fascinating, often shocking accounts of the little-known individuals who stood behind the Presidents of the United States and helped determine the success or failure of their administrations. He tells the amazing and riveting stories of the odd assortment of public servants who toiled in the White House Shadows. RAISING THE CURTAIN is an overview of the White House staff and how it developed. Early White House assistants received their pay from the PresidentåäÛªs own pocket, like Tobias Lear, faithful secretary to George Washington; LINCOLNåäÛªS SHADOW is the story the two brilliant, dedicated, but immature young men (both in their twenties!) who lived in the White House and served President Lincoln; and finally ORVILLE THE INCREDIBLE is the charismatic, handsome and dashing scoundrel who almost single-handedly destroyed the Grant administration.