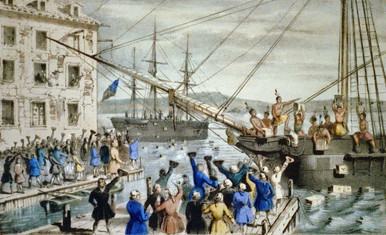 What happened in Colonial America to sow the seeds of revolution? The British won the French and Indian War in 1763. It was a popular victory in the colonies and should have guaranteed British control of North America. What went wrong? How could a tax of a couple cents on sugar, which no one paid anyway, stir so much anger? What was The Stamp Act and how did it impact relations between the Americans and the mother country? And what was the point of dumping all that tea into Boston Harbor? How did that happen? The answers to these questions reveal facts which changed the world. This is the beginning of the story of the Greatest Nation on God's Green Earth!