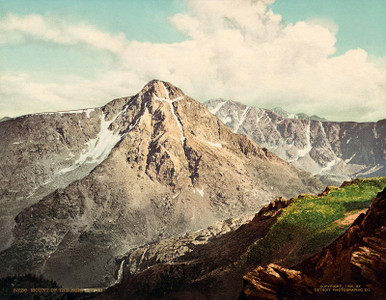 The Case for Divine Providence in U.S. History (MP3 Download)

As historian Walter MacDougall declares, "The creation of the United States is the central event of the last 400 years of human history." No other development has proven more consequential, or less predictable, than the rapid emergence of the dominant economic, military and cultural power on earth in the sparsely settled, undeveloped continent of North America.

This show makes clear that virtually all our leaders over the course of some 400 years have understood the American experience as a result of a Higher Power's influence on history. To explain America's improbable rise as a product of coincidence and luck has never been satisfying or plausible, so those who reject the idea of Providence emphasis allegations of plunder; if you don't stress a grateful America, you're likely to embrace a guilty America.

With eye-witness accounts of remarkable and illogical events, this program supplements and expands the previous release GOD'S HAND ON AMERICA with all new subjects, information and argument. We cover unheralded and amazing aspects of the American Revolution, the conquest of an empty continent, and religious visionaries who helped the nation achieve and explain its destiny.

There's also an astonishing, little-known story about the discovery of a huge cross more than 13 stories high, carved by nature into a remote mountainside in the Rockies, and inspiring pilgrims for generations before political correctness, and an oddly timed landslide, destroyed the popularity of the once-cherished site.

"Divine Guidance: The Key to America’s Greatness"
A compilation of "The Case for Divine Providence in U.S. History" and "God's Hand on America"