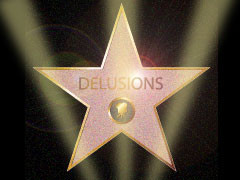 The election of 2004 proved that the Entertainment Establishment remains deeply, irredeemably disconnected from the reality of most Americans. Why do the most influential leaders of Hollywood take fringey, counter-productive positions that only alienate the mass audience? In this provocative, occasionally explosive presentation, Michael suggests that the four most common explanations for the excesses of the entertainment industry are totally misleading, and ultimately dishonest. The often disturbing visions we see in movies and TV do not stem from a desire to reflect reality, financial greed, over-developed egotism, or some distinctive agenda associated with the Jewish heritage of so many Tinseltown titans. In confronting the myth of "Jewish domination" of the media, Michael fearlessly takes on some of the most widespread -- but mistaken-- assumptions about the nature of the power and influence of pop culture potentates.