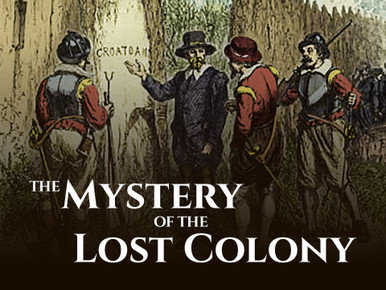 The Mystery of the Lost Colony (Audio CD)

From the time of its earliest permanent settlements, America has been consistently blessed - that's the theme of Michael Medved's new, best-selling book The American Miracle: Divine Providence In The Rise Of The Republic.

But before the Pilgrims and their freakish good-fortune, before the famous, fateful colony at Jamestown, English attempts to colonize the new world exploded in catastrophic, even tragic failure. As much as later settlements seemed powerfully blessed, Sir Walter Raleigh's grand plans to establish himself as "Knight and Lord" over a new empire called "Virginia" seemed potently, improbably cursed.

In his latest History Program, The Mystery of The Lost Colony, Michael explores this little-known but fascinating episode in America's pre-history -- an eerie story that unfolded a full generation before the first Thanksgiving. How could more than a hundred struggling colonists suddenly disappear without a trace? In this spell-binding story, Medved not only considers what happened to the star-crossed colonists of Roanoke Island, but explains why it had to happen -- why a colony fated for failure provided the "necessary disaster" that ultimately allowed a very different vision of America to succeed.