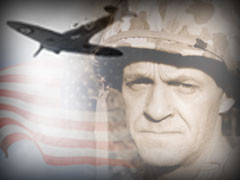 CAN YOU SEPARATE THE LIES FROM THE TRUTH ON WORLD WAR II? The Second World War was the deadliest, most significant conflict in human history and yet many of the most common assumptions about that struggle are horribly wrong. For instance, even well-informed citizens believe ~ * World War II was just an extension of World War I * The Versailles Treaty that ended World War I made the next war inevitable * Nazis hated gays just as they hated Jews, and killed them with similar ruthlessness * French troops showed appalling cowardice during World War II, and quickly surrendered * Stalin's Russia fought heroically and brilliantly to triumph in "The Great Patriotic War" * The U.S. ultimately prevailed due to superior generalship and political leadership * FDR understood the dangers of isolationism and courageously dragged a reluctant America to war * We entered the war, ultimately, on humanitarian grounds: to rescue persecuted Jews * Dropping A-Bombs on Hiroshima and Nagasaki was unnecessary and genocidal since Japan was already set to surrender None of these things is true ~ and some of them are deliberate, dangerous distortions. In this hard-hitting, controversial, informative and entertaining presentation, Michael Medved clears away the falsehoods and fabrications to lay bare some of the little known realities about our nation's biggest war. With lessons from the struggle constantly cited in contemporary debates, invoked to advance agendas on contemporary foreign policy and military disputes, it is essential to know the unvarnished facts, and to confront ~ WORLD WAR II: MYTHS, MISTAKES AND LIES
Total Run Time: 1hr, 49min
Available on two CDs or audio download